Handguns are poor people killers (regardless of what you hear on the news). On average, only 1 out of every 7 people die from a single handgun shot. Take Chicago for example…last year there were 762 murders here. However, 4,331 people were shot! As disproportionate as that ratio is, many of those murders were not committed with a firearm so the ratio is even smaller.

More importantly, from a self-defense aspect, handguns are poor people STOPPERS. It really doesn’t matter if a person dies as a result of you defending yourself. A mortally wounded person can still kill you before they themselves die!!! No, you want to stop the individual from attacking you, not kill!

All that said, some handgun calibers have proven themselves to be better or worse choices than others. I was asked what my stance is on the .380 ACP, and what .380 round to recommend to those who choose to carry it. I’ll start by answering the first question right away…

I don’t recommend .380 ACP as a defensive round! There are a number of reasons why, but below are the primary ones:

I can’t imagine too many experienced shooters, even those that love the .380 ACP, denying that any of the above is true. That being the case, why purposely select a round that barely meets the cusp and costs more to train with? Instead, step up to a caliber that gives you the maximum chance of stopping an attacker with the fewest number of shots to do so. 9mm, .40 S&W, .357 Magnum, .45 ACP, ect. all have more than enough energy to perform under any of the mentioned conditions and are all available options. Do you want the cheaper, less durable seat belts in your car? How about a smoke detector that’s only sensitive enough to only give you a 1 minute advanced warning rather than 5 minutes??? When it comes to things that you may need to save your live, make the smartest decision possible.

…but it’s better than nothing, right?

Yes, it’s better than nothing. So is a BB gun. That doesn’t mean a BB gun is a good choice! Again, we are talking about something that you may use to save your life one day. Choose wisely!

What if I want to carry it anyway?

Now, for those who are going to carry it anyway, and there are plenty of you, below are the top three choices I’d go with. There were selected purely based on my own opinion. Let me know in the comments if you have other rounds you’d recommend… 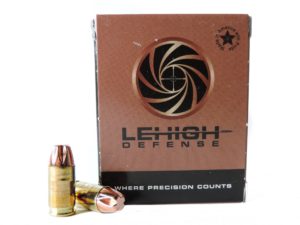 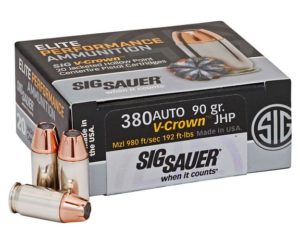 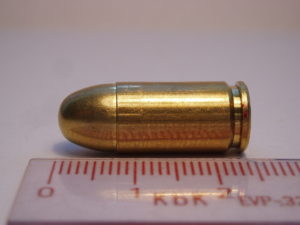